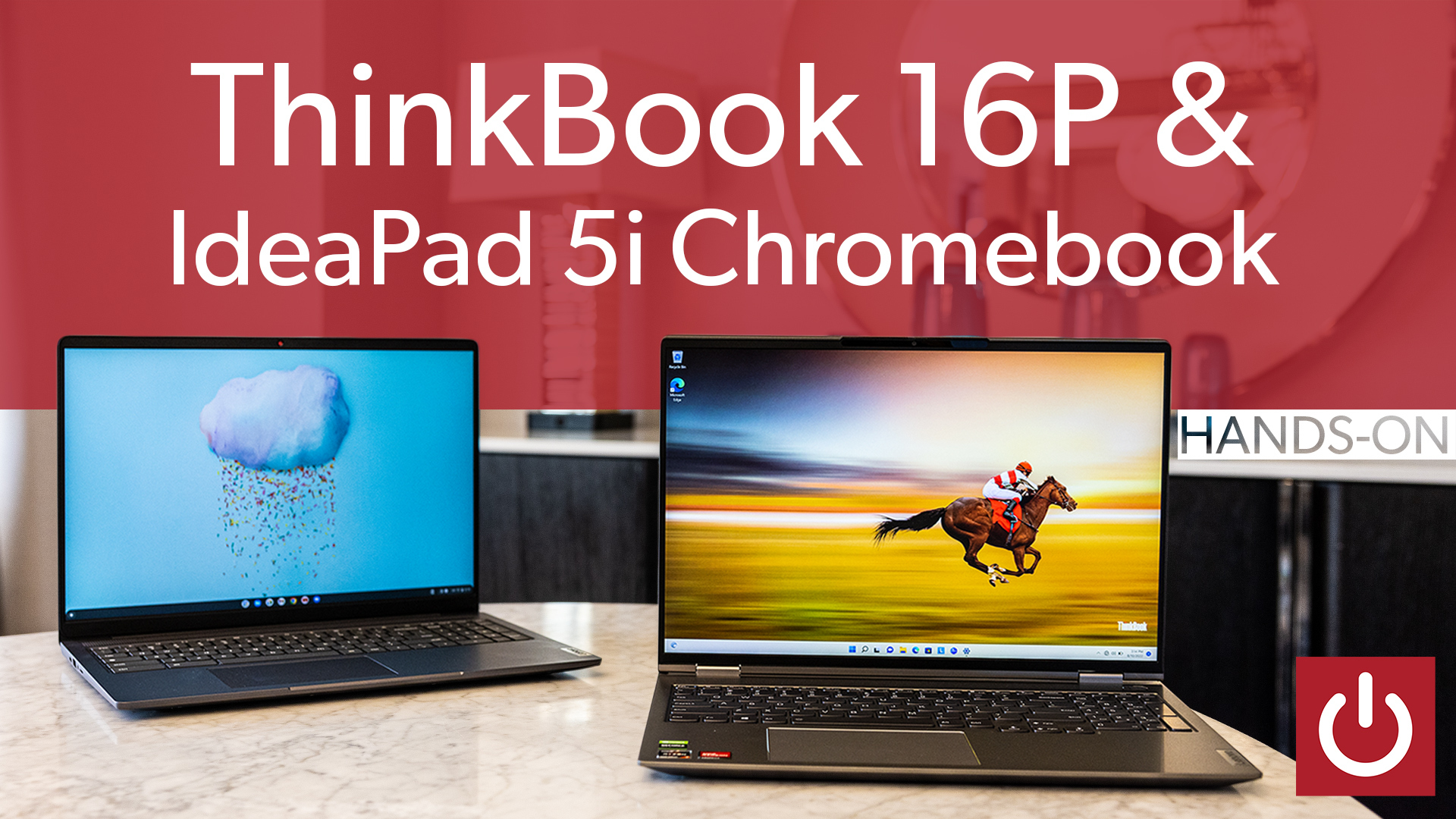 Lenovo is the biggest PC manufacturer in the world and its laptop designers never seem to take a break. Their latest offerings include a laptop that’s designed to unseat Dell’s XPS 15 as the content creator’s model of choice, and a Chromebook for users who want something bigger and beefier than the usual budget fare. Gordon Ung takes us on a tour of both models in PCWorld’s latest YouTube video.

With a body wrapped in an dual-finish aluminum outside and the latest offerings from AMD and Nvidia inside, the ThinkBook 16p is made to appeal to content creators on the go. Now in its third generation, the unapologetically plus-sized design offers Ryzen 6000 CPU options up to the 9 series along with a 90-watt discrete GeForce RTX 3060 from Nvidia with 6GB of video RAM. That’s a screaming combination to fit into a relatively thin design. 16GB of soldered memory and 512GB of storage round out the core specs.

The laptop’s graphical prowess is put to the test with a 16-inch 2560×1600 IPS screen, which Lenovo says covers 100% of the sRGB space. That makes it great for photographers and videographers. Gamers can certainly use the laptop, but its 60Hz isn’t ideal for the latest titles. That big screen also makes room for a full-sized keyboard with 10-key and plenty of ports including an SDXC card reader, two USB-A 3.2 Gen 2 ports, two USB-C ports (one of which is USB4), and full-sized HDMI with up to 8K output.

The IdeaPad 5i has the same 16-inch screen size, but that’s about where the similarities between these two laptops end. This is a Chromebook and a massive one compared to the rest of the market, but otherwise it’s broadly within the standard budget realm of ChromeOS-powered machines. The base model uses a Pentium processor (one of the last) and a 1080p screen, but the upgraded version Gordon is playing with features a Core i3 Alder Lake CPU, 2.5K screen, 8GB of memory, and 512GB of storage. The camera is a full-HD model that beats most Chromebooks and it features double USB-C and USB-A ports with a MicroSD card slot.

The ThinkBook 16p gen 3 doesn’t come cheap: it starts at €1,999. The IdeaPad 5i Chromebook launches this month in Europe starting at €549. A US launch hasn’t been announced for either model, but we’d be very surprised if they don’t make it over here eventually. For more hands-on laptop coverage, be sure to subscribe to PCWorld on YouTube.